Her repertory is a rich and varied mixture of Baroque, solid classical repertoire and modern masters and she has premiered works composed for and dedicated to her by Finnish contemporary composers Kalevi Aho, Olli Kortekangas, Tapio Tuomela, Mikko Heiniö, and Pehr Henrik Nordgren. Groop has performed in Kaija Saariaho’s operas "L’amour de loin" (Pilgrim) and in the title role in "Adriana Mater" (Adriana) in Finland and US. The DVD of Saariaho´s "L´amour de loin" (Deutsche Grammophon) was released in 2006, and was awarded the BBC Music Magazine Jury Award, as well as The Gramophone magazine´s DVD of the month. A prolific recording artist, Groop has made over 80 recordings. Her recording of Bach's Alto Cantatas with the Ostrobothnian Chamber Orchestra under Juha Kangas was awarded the Record of the Year 1998 by the Finnish Broadcasting Company YLE, and her recording of Kalevi Aho's song-cycle "Kysymysten kirja" with the Lapland Chamber Orchestra under the baton of John Storgårds received the same prize 2009.

An accomplished recitalist she has regularly appeared with pianists András Schiff, Rudolf Jansen, Roger Vignoles, Ilmo Ranta, Kiril Kozlovsky and Gustav Djupsjöbacka. Monica Groop studied at the Sibelius-Academy and University of Helsinki. She made her opera debut in 1987 at the Finnish National Opera as Charlotte in Massenet's opera Werther. Groop received the Pro Finlandia 2005 and she is a member of the Royal Swedish Music Academy. In 2009–2013 Groop had a Vocal Professor Chair position at the Sibelius-Academy. She regularly gives master classes in Finland, Sweden, Norway and Denmark. Since 2016 she is the artistic manager of the Pellinge Music Festival in the archipelago of Porvoo. 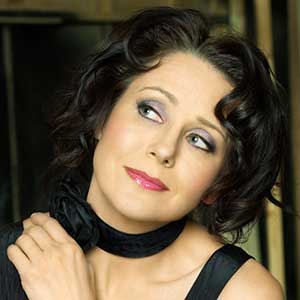