Kirill Kozlovski studied the piano with Irina Semenyako at the Belarusian State Academy of Music and with Matti Raekallio, Hamsa al-Wadi Juris, Ilmo Ranta and Eero Heinonen at the Sibelius Academy, obtaining a Master’s degree from the latter in spring 2005. He continued his studies with Avo Kouyoumdjian at the University for Music and Performing Arts in Vienna, and after that at the Sibelius Academy’s DocMus department where he graduated with a doctorate in 2017. Kozlovski has also studied baroque music and harpsichord at the Novia vocational school. He has attended masterclasses with Dmitri Bashkirov, Péter Nagy, Ivari Ilja, Ralf Gothóni, András Schiff and others.

Kirill Kozlovski has given solo recitals and been a member of chamber ensembles at many international festivals in France, Germany, Switzerland, Russia, Estonia, Spain and elsewhere. He has also given solo recitals in Finland and the other Nordic countries, has been a soloist with many orchestras and makes regular appearances as a Lied pianist with a.o Jorma Hynninen, Jekaterina Gubanova, Monica Groop, Mika Kares, Miina-Liisa Värelä and Jenni Lättilä both in Finland and abroad. Kozlovski has recorded for the labels Alba Records and Nova Records. 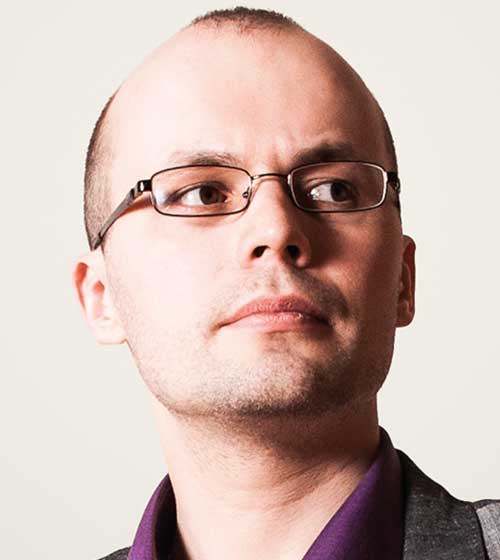