Established in 2005, Key Ensemble is one of the few professional choirs in Finland. Hailing from Turku, the chamber choir has a central role in performing vocal music in its local region, but it has established itself as an important performer in the entire Finnish choral scene. Key Ensemble is well-known for its full and dynamic sound. The choir’s repertoire is a diverse and creative combination of everything from Renaissance pieces to modern vocal works. Depending on the programme, the ensemble varies from small vocal groups to a full chamber choir. Key Ensemble has recorded seven albums, many of them receiving international recognition and winning awards, such as the Contemporary A Cappella Recording Award (CARA) and Vuoden kuorolevy (Finland’s choral recording of the year).

The first artistic director of Key Ensemble was Ulf Långbacka, and the choir’s long-time artistic director Teemu Honkanen worked with the ensemble until 2021. Over the years, the choir has also worked with many guest conductors, including Krzysztof Penderecki, Heinz Holliger, Atso Almila, Hannu Lintu, Leif Segerstam, Jan Söderblom, Kari Turunen, Matti Hyökki, Pasi Hyökki and Justin Doyle. Reaching outside of Finland, the choir has performed in Sweden, Estonia and Luxembourg. On a large tour in 2019, the choir performed in China’s many leading concert halls. The Finnish National Broadcasting Company Yle has been one of Key Ensemble’s most important partners for many years. Together with Finnish Radio Symphony Orchestra, the choir has also performed at the Helsinki Music Centre. Key Ensemble’s main sponsors are the City of Turku and Arts Promotion Centre Finland (Taiteen edistämiskeskus). 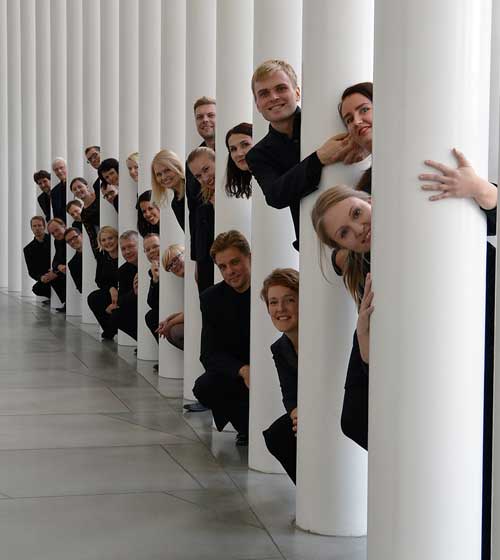