After her FNO debut 2016 as Second Lady in Mozart’s the Magic
Flute she has performed at Confidencen in Stockholm, Tampere Opera, Vaasa Baroque and Savonlinna Opera Festival. Her opera repertoire includes roles such as Dorabella (W. A. Mozart: Così fan tutte), Cherubino (The Marriage of Figaro), Orlofsky (Die Fledermaus), Serafina Suomi (Veljeni vartija/My Brother’s Keeper), Siebel (Faust) and Ruggiero (Alcina). Since January 2019 Erica is based in Oldenburg in Germany where she is a member of the fixed ensemble at Oldenburgisches Staatstheater.

Recital programs lie particularly close to Erica’s heart. She takes interest in finding and performing forgotten rarities by female composers. She has had success in several national and international competitions such as II Prize in Kangasniemi (2014), II Prize and a lied recital prize at International Sibelius Singing Competition in Järvenpää (2015), shared II Prize in Lappeenranta (2016). The same year she also received a grant and concert prize at the Mozarteum Summer Academy in Salzburg. In 2020 she received a grant from Stina Krook’s foundation.

Erica holds a master’ the Sibelius Academy s degree from the Opera Programme at the Sibelius Academy, where she studied with Monica Groop. She also studied singing in Piteå, (Sweden) and in Kokkola, Finland. Erica has a background as a French horn player. 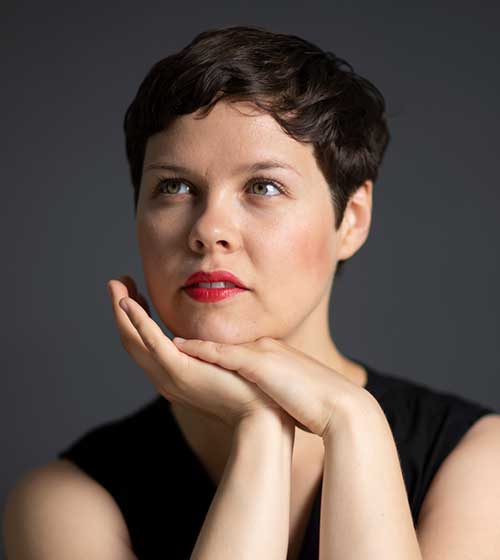